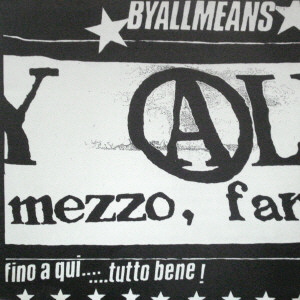 8 song LP
(co-produced with Agipunk/Alarma, Biba Records, By All Means)
May 1999
sold out

Brutal heavy powerful metallic hc with superfast breaks. Politically conscious lyrical content. The cover is a thick booklet with lyrics, explanations, columns and graphics.
Fino a Qui Tutto Bene is the second and final By All Means album: the band broke up right after its release and a successful american tour with Avail and Boy Sets Fire.
Member went on to play in No Somos Nada, Mourn, The Death Of Anna Karina and Nervi. 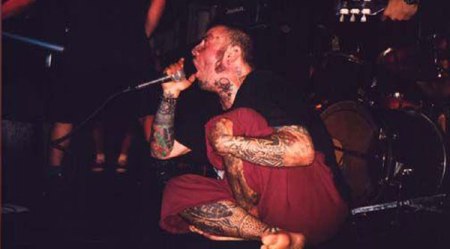